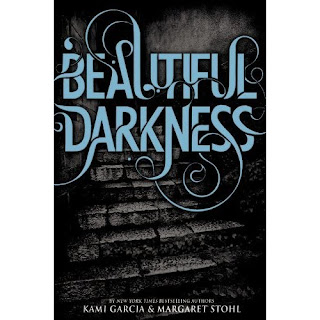 Summary: Ethan Wate used to think of Gatlin, the small Southern town he had always called home, as a place where nothing ever changed. Then he met mysterious newcomer Lena Duchannes, who revealed a secret world that had been hidden in plain sight all along. A Gatlin that harbored ancient secrets beneath its moss-covered oaks and cracked sidewalks. A Gatlin where a curse has marked Lena's family of powerful Supernaturals for generations. A Gatlin where impossible, magical, life-altering events happen.
Sometimes life-ending.
Together they can face anything Gatlin throws at them, but after suffering a tragic loss, Lena starts to pull away, keeping secrets that test their relationship. And now that Ethan's eyes have been opened to the darker side of Gatlin, there's no going back. Haunted by strange visions only he can see, Ethan is pulled deeper into his town's tangled history and finds himself caught up in the dangerous network of underground passageways endlessly crisscrossing the South, where nothing is as it seems.
Review: *might contain spoilers for Beautiful Creatures*
Well this book was a bit of an emotional roller coaster for me. First off, I liked Ethan, Lena, and Link all in Beautiful Creatures, but in this book I wanted to slap Lena. I understand why she was being the way she was, but still. I'm not sure how I feel about Liv as a character at this point. I liked Marian, and it seemed Liv was supposed to be a mini version of Marian, but I wasn't digging it. Liv seemed to just want to prove she was in the know about everything. It was irritating. I guess Marian didn't bother me because she's an adult so she needs to know everything going on, but Liv was annoying. Link was still adorable and quirky. He's definitely a close second for my favorite. I'm not sure how I feel about Rid. I was up in the air after Creatures, and I'm even more thrown from Darkness. This John guy is another character I'm still unsure about. I'm not going to expand anymore than that, but I just don't know what to think anymore.
The story was fabulous. It's weird enjoying a book set in a place you've grown up to hate all your life. Just throwing that out there. I'm glad I was reading this while I was alone because there was one revelation that made me say "ew" quite loudly. The pl twists were very much present in this book, and the end was insane. I still can't quite believe anything in the second half of Darkness actually happened. I'm so glad I didn't start Darkness until I had Chaos because I'm going to run off to start it now. This is a great series so far and I absolutely recommend it.
5 howls
Beautiful Darkness Kami Garcia Margaret Stohl

Brasil said…
I love this series. Beautiful Darkness was a perfect sequel to Beautiful Creatures. There is so much depth in the story. It's fascinating to see how the original & the new characters are developing and how they are intertwined with each other. Also witnessing how the past events correlate with the present has been enjoyable. Garcia and Stohl has absolutely made this series spellbinding. There were a few gripping revelations that were uncovered in this book and new questions that was brought up to keep you engrossed.
June 27, 2012 at 11:43 PM