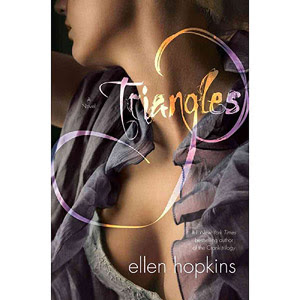 Summary: In this emotionally powerful novel, three women face the age-old midlife question: If I’m halfway to death, is this all I’ve got to show for it? Holly, filled with regret for being a stay-at-home mom, sheds sixty pounds and loses herself in the world of extramarital sex. Andrea, a single mom and avowed celibate, watches her friend Holly’s meltdown with a mixture of concern and contempt. Holly is throwing away what Andrea has spent her whole life searching for—a committed relationship with a decent guy. So what if Andrea picks up Holly’s castaway husband? Then there’s Marissa. She has more than her fair share of challenges—a gay teenage son, a terminally ill daughter, and a husband who buries himself in his work rather than face the facts. As one woman’s marriage unravels, another one’s rekindles. As one woman’s family comes apart at the seams, another’s is reconfigured into something bigger and better. In this story of connections and disconnections, one woman’s up is another one’s down, and all three of them will learn the meaning of friendship, betrayal, and forgiveness before it is through.
Review: One of these days I'll learn to not be nervous when my favorite author puts out a new book. I wasn't sure how I was going to take Ellen's first adult book, but it was wonderful. I see this trend in her characters where they're so screwed up where I just want to hate them, but at the same time I see a bit of myself in them and I know I'm not supposed to fully hate them. I'm always a bit torn when it comes to her characters because of this. I don't know if this is just me or if other people get this way too. Shane was my favorite character. It's probably because I have a gay friend and he's very special to me. I know he has been having a hard time lately with the exposure of his orientation. I read Shane and hoped to God that wasn't what was how my friend was being treated at his house. I don't think I can bring myself to every say that Holly, Andrea, or Missy are favorites. Ellen also knows how to drop the bombshells. The sad thing is it's stuff that you would rightly suspect because of the situations of the characters, but I had this voice in the back of my head telling me it wasn't going to happen. One of the relationships happened later than I expected. I won't say more than that. I don't think it's a spoiler if I do, but I'll stop there just in case. Ellen has proved that she can smoothly transition from YA to adult and she fits there just as well as she fits in YA. I'm looking forward to Collateral, but at the same time I'm not because my best friend is in the military and my biggest fear is that he will get deployed. I'll still pick up Ellen's book because it's Ellen and she's awesome. Oh and Tilt? The companion to Triangles? If it's told from Shane and Mik's POV then Identical, Impulse, and Perfect better watch out. Some competition for my favorite is on its way!

If you're late to the party and you haven't read any of Ellen's books then you need to go get one now!
5 howls
5 howls Ellen Hopkins Triangles