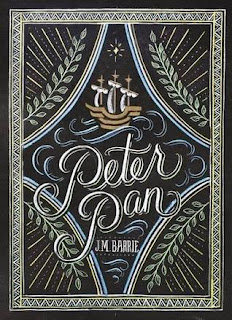 Synopsis: One starry night, Peter Pan and Tinker Bell lead the three Darling children over the rooftops of London and away to Neverland - the island where lost boys play, mermaids splash and fairies make mischief. But a villainous-looking gang of pirates lurk in the docks, led by the terrifying Captain James Hook. Magic and excitement are in the air, but if Captain Hook has his way, before long, someone will be walking the plank and swimming with the crocodiles...


Review: I'm a sucker for retellings, but I rarely sit down and read the original source material. I finally let myself be whisked away to Neverland and I'm so glad I did. First off, yes this book has dark moments. Peter is an awful child and I always found myself worried about the lost boys and the Darling children. This is also definitely a product of its time and the way Barrie depicts Native American characters is tragic. I'm sure this is supposed to be a childish, ignorant view of them, but it is still unfortunate. This has long been pointed out because of the Disney movies, but it seemed important to throw that note in here as well.

The story of Peter Pan was fun and I found myself getting nervous for the children even though I knew what was going to happen at the end. I actually didn't watch the animated movie that much as a child, but there was an adaptation released in 2003 that I used to watch all the time. I found myself picturing characters and scenes from that movie throughout the entire story. In the way of reading the book, it was a bit distracting, but I did realize how faithful of an adaptation that movie was which was nice. There are small, beautiful moments that I love like how Peter describes the birth of fairies.

Worth checking out if you want to read more classic source material, but a horrid depiction of Native Americans.